Jose Cuervo - The Man and the Tequila! 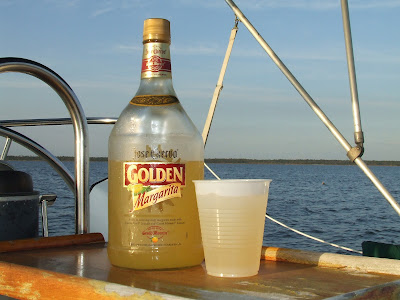 Being that my favorite pre-mixed margarita is Jose Cuervo Golden (made with Grand Marnier), I started to wonder where the name came from and if there really was a Jose Cuervo.  Just as with Sailor Jerry rum, I found that such a person did exist and there was another interesting story to be learned.

Not only was there a real Jose Cuervo, but there is actually a place in Mexico called Tequila, where Jose Cuervo is made!  Jose Antonio de Cuervo was the first tequila producer in the world, obtaining the land of Tequila from the King of Spain in 1758, before Mexico became an independent republic. In 1795, Jose María Guadalupe de Cuervo made the very first Vino Mezcal de Tequila de Jose Cuervo when he received the first official permit from the King of Spain to produce tequila commercially.

Real tequila is made from a plant called Blue Agave, which is commonly mistaken for a cactus but is really a relative of the lily family. Blue Agave, sometimes referred to as maguey, mexic, pita and teometl is grown in several areas.  However, not just any alcohol made with Blue Agave can be called tequila.  Only the Blue Agave or Agave Azul grown in the states of Jalisco, Michoacan, Nayarit, Guanajuato and Tamaulipas can use the term.  Any place that grows agave outside of these areas, including other countries, can not label their product “Tequila.”   The town of Tequila where Jose Cuervo is produced is located in the state of Jalisco, and is therefore allowed to use the name.

So, another history lesson regarding alcohol!  One more interesting fact ... the worm sometimes found in a tequila bottle is not necessary and is just placed in the bottle for the effect.  In other words, marketing at its best!

All this talk is making me thirsty ... guess I'll have to have a visit with Jose!
1 comments
Email ThisBlogThis!Share to TwitterShare to FacebookShare to Pinterest
Labels: Articles, Booze, History 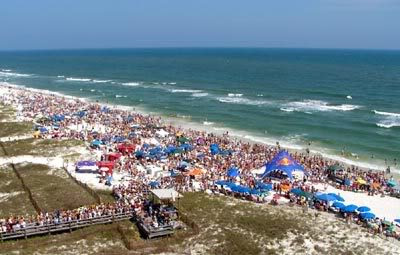 Located near the Florida and Alabama state line in Pensacola, Florida the Flora-Bama Lounge & Oyster Bar is home of the annual mullet toss on the beach every year in  April.  Yes, you can enjoy the beach, the
booze, live music, and great food all year round, but in April you also get to watch people throw fish!  It's a real party, as you can see in the above picture.  Known as one of the "Last Great Roadhouses", this "wet spot" is a legend! 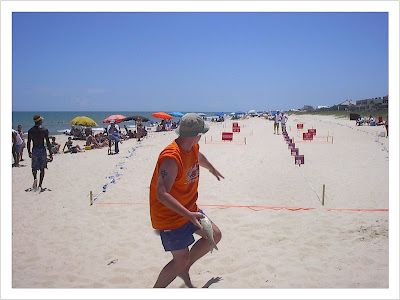